Not Your Average Princess

Email Me
NOT YOUR AVERAGE PRINCESS
These started out as part of my morning sketch series and became rather popular on Instagram.
The idea behind these illustrations, was to create a modern day version of Disney Princesses that could be used in a marketing campaign for perfume lines.  I decided to give your favorite Disney Princesses a rock and roll edge to them, by changing their attire and giving them tattoos, while remaining fairly true to the original feel of the characters.​​​​​​​

The first illustration was based on Snow White.  She was given the David Bowie / Ziggy Stardust lighting bolt on her face and I felt a peacock tattoo would show that she still has that bond with nature.  Instead of holding the iconic apple, I replaced it with a bottle of Viktor & Rolf 's Flowerbomb perfume.  I then added the gold trim so that when light hit the illustration it would give it an added pop. 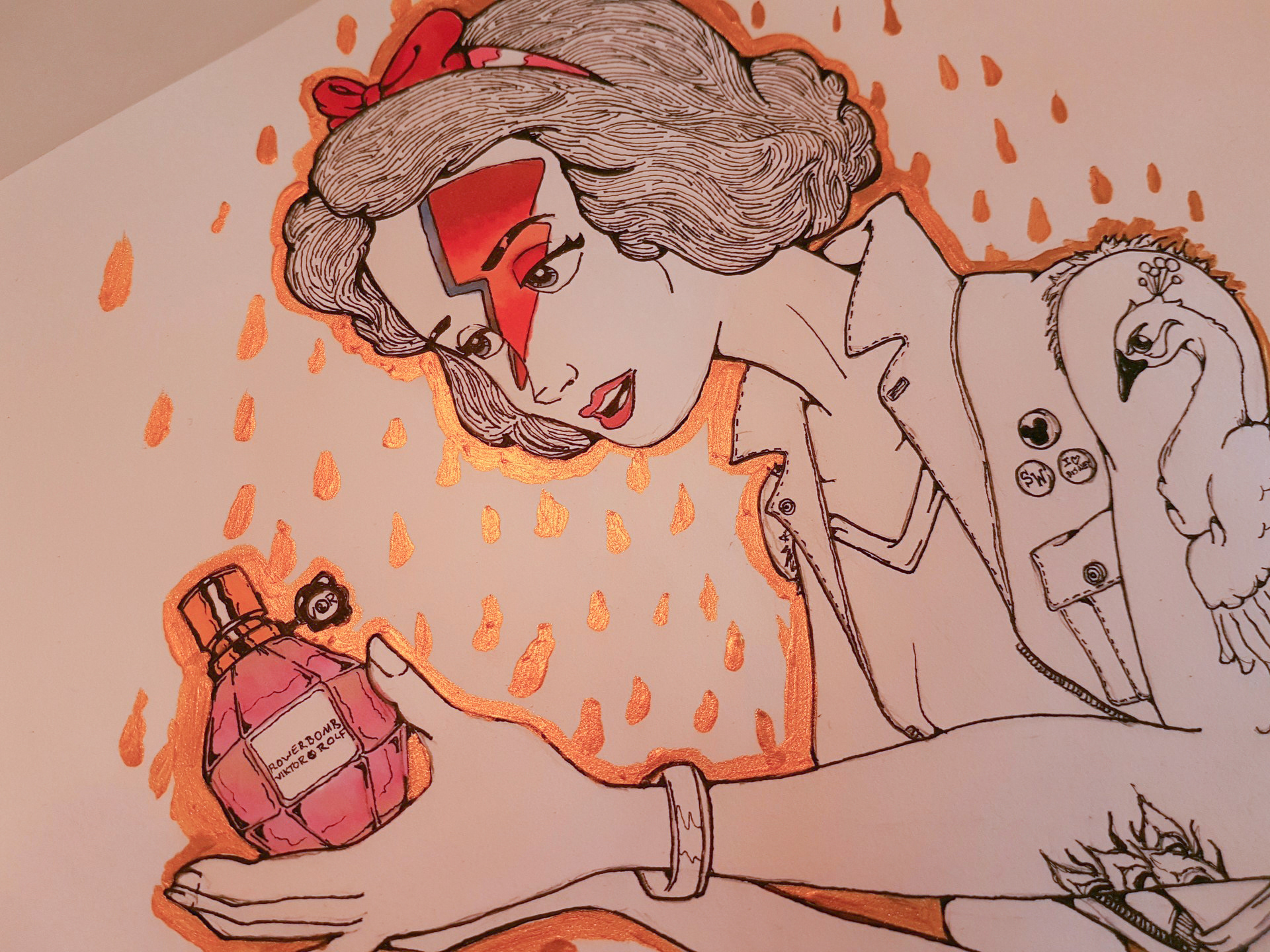 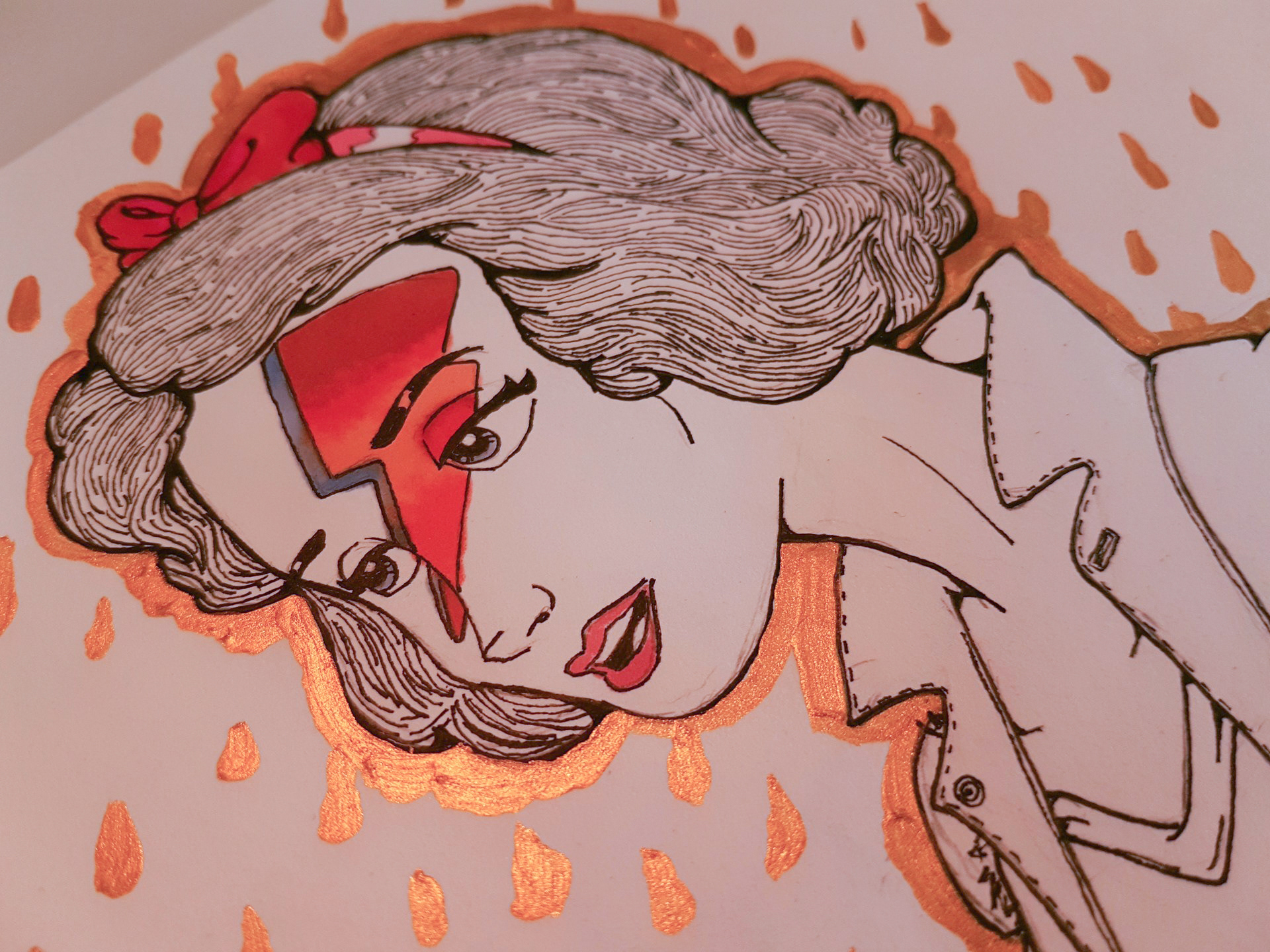 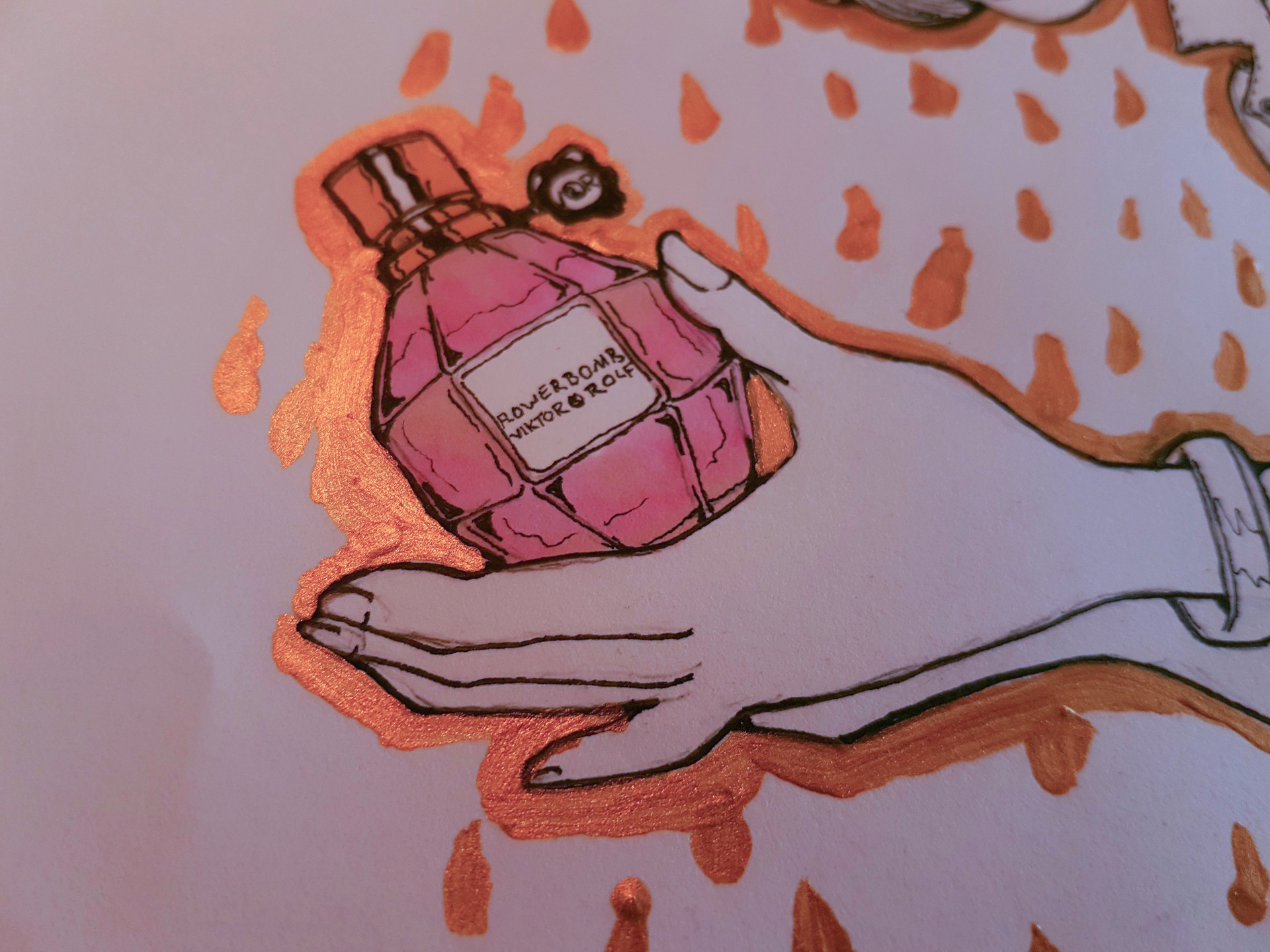 Princess Aurora from Sleeping Beauty was the next princess that I decided to illustrate.  I wanted to stay true to the simplistic line work of the original 1959 film, but adding some small details.  The makeup of KISS's Ace Frehley and Tommy Thayer was added to give her more of an edge.  In her hand she is holding a bottle of Chanel No. 5.

The third character in this series was Belle from Beauty and the Beast.  I wanted to give her an 80s glam rock look similar to Jem and the Holograms.  I thought she would look cool with a rock-a-billy style pinup tattoo of a girl sitting in the cracked tea cup.  Replacing the rose is a bottle of Jean Paul Gaultier perfume.

I decided to really play with Ariel from the Little Mermaid.  Give her a similar look and nod to the iconic Disney design, but make her a little more modern.  With a Japanese Koi fish tattoo on her arm and a Nirvana t-shirt she is ready to rock out.  Then placed in her hand is a bottle of BCBG Max Azria perfume.

It was a fun set of illustrations to add to my morning art series.  Re-imagining characters is something that I really enjoy doing.  Several people has asked that I continue this series and add more of the Disney Princess.  Maybe in the future I will.
email: kshinabery212@gmail.com
↑Back to Top

Insert copy here, which should vary depending on your region. Accept